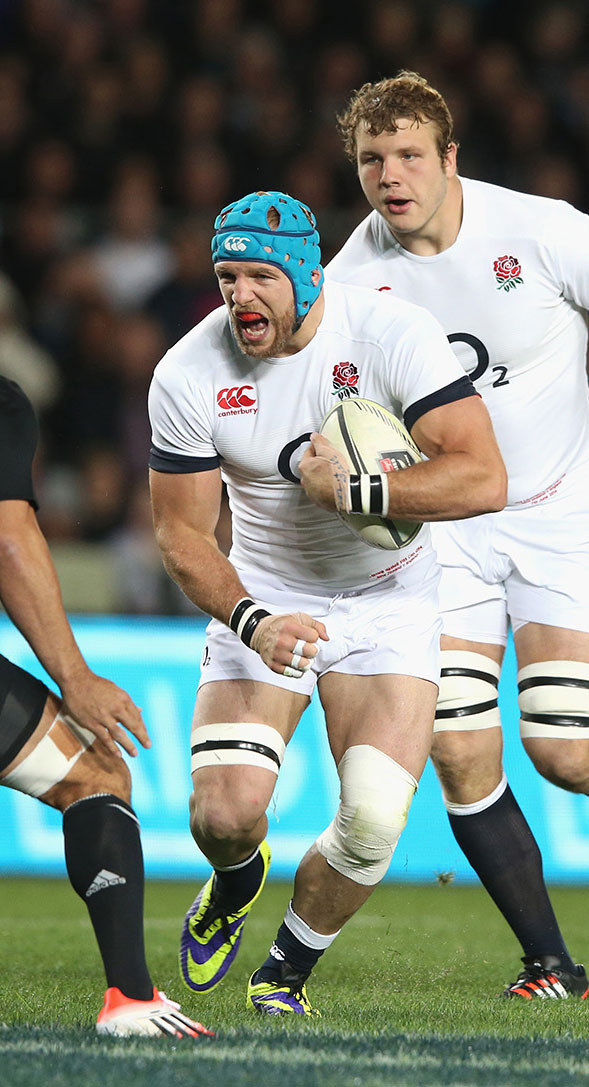 James Haskell was one of the UK’s most well-known rugby players. Having progressed through all levels of rugby, James was one of The Premiership’s top flankers, with the ability to play in all three positions across the Backrow, which he had done regularly for both Club and Country.

James has played 77 times for England at senior level, as well as representing England at U18,U19,U20,U21’s, Saxons and Sevens. James also toured with the British and Irish Lions on the tour of New Zealand in 2017.

During his career James won a Grand Slam with the England team in 2016, along with the 3 other 6 nations titles. He also won man of the series in 2016 on the tour of Australia after only playing 2 games.

Having started playing rugby aged just 5 at Maidenhead Rugby Club, James joined London Wasps in 2002, becoming the youngest Wasp to make his debut in the Premiership, beating Joe Worlsey’s long standing record by 196 days. Aged just 18, he played his first professional season as the youngest member of the Wasps senior squad helping them to win the Zurich Premiership.

His swift development in a Wasps squad, which went onto win the Zurich Championship and Heineken Cup in the 2003/4 season and the Zurich Championship the following season. The first accolade came at the close of a campaign during which James gained a Heineken Cup winners’ medal in only his fifth professional season. He had appeared as a 50th minute replacement for Dallaglio in the 25-9 Twickenham triumph over Leicester Tigers.